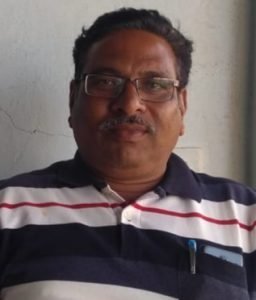 Joseph Reddy is a successful farmer who has benefited from YFRDS. He says that before YFRDS, it was tough to procure good seeds. They used to travel long distances in search of them. He recounts that he and his father used to travel to Raichur, Karnataka in search of good cotton seeds–at double the cost. Today, YFRDS provides the best quality seeds in it’s shop and provides them on credit, which is repayable soon after harvest.

He says, “YFRDS did a world of good to the farmers all over the area, because they sell high-quality seeds, fertilizers, and pesticides at an honest price–not the maximum retail prices charged by seed merchants. Most farmers wait for YFRDS to set the price on any new product, which prevents us from getting ‘fleeced’ by merchants.”

He expressed that farmers are proud to say that YFRDS has been the benchmark organization for a quality and also a platform that establishes fair prices.

“That is the kind of trust we built in the market over the years. Thanks to the leadership and unity we built, we make collective decisions, and we deliberate and discuss matters thoroughly.”

He goes on to say,  “YFRDS has stringent policies on pricing and quality, and never deviates from those.

Joseph Reddy was among one of the groups who had traveled to Germany to study their practices at  ZG Raiffeisen, where he also learned about the history of the organization. He says he was very much inspired by their stories, and that he will always cherish those experiences, and work towards the union of all the farmers who formed the YFRDS, and intends to uphold their values. He reiterates that the younger generation should follow in their footsteps to benefit and grow. He’s aware of the community in the Telangana districts, but also throughout India and world.